Our brewery team consist of Jacek, Josh and Seb.  Here’s a bit more about them: 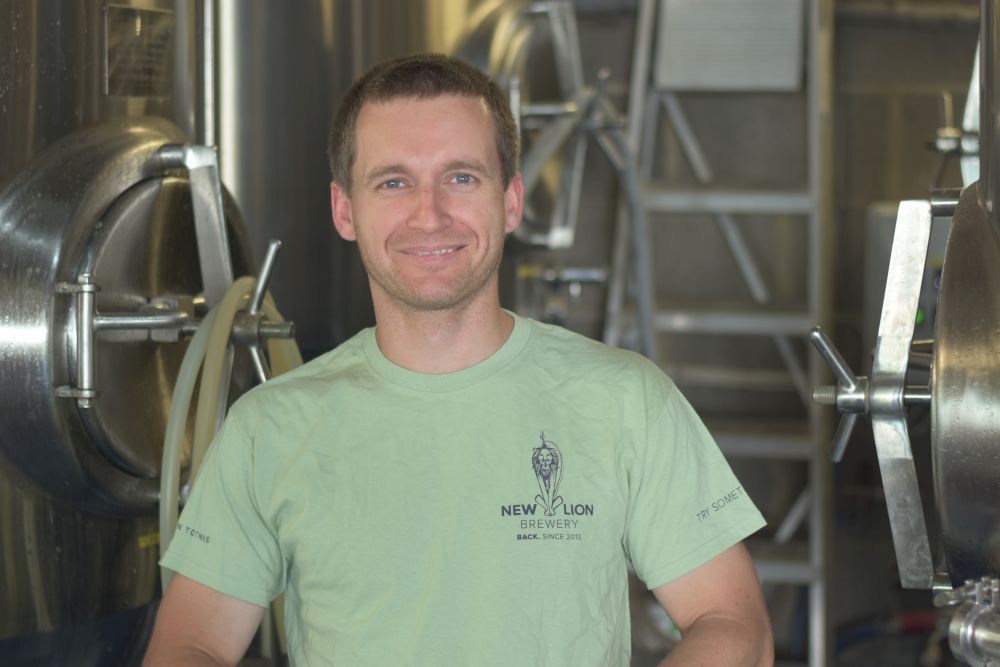 Jac Ziegler is Head Brewer at New Lion Brewery.  He has been passionate about beer for almost two decades. One day made a decision to find a job in brewing industry and found a New Lion Brewery job advert. His university degree in food technology helped a lot in getting into brewing science. Working with former Head Brewer Mat Henney and benefiting from his experience was a massive step forward. He is always focused on the quality of the beers he produces and keen to explore the unknown. 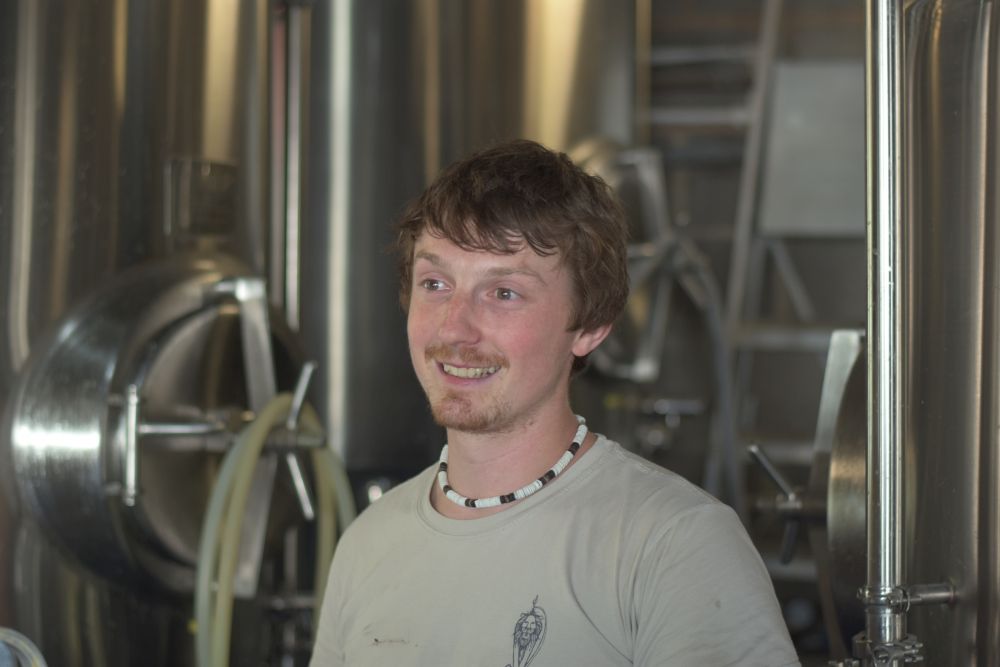 Josh joined New Lion in August 2016 after spending 2 and a half years in a craft beer bar in Newton Abbot. There he grew a real passion towards craft beer and decided to expand that by joining us here to create some of our own.  When not at work he spends time with his wife, Cat and daughter, Evie ofter on the beach surfing or in the woods cycling. 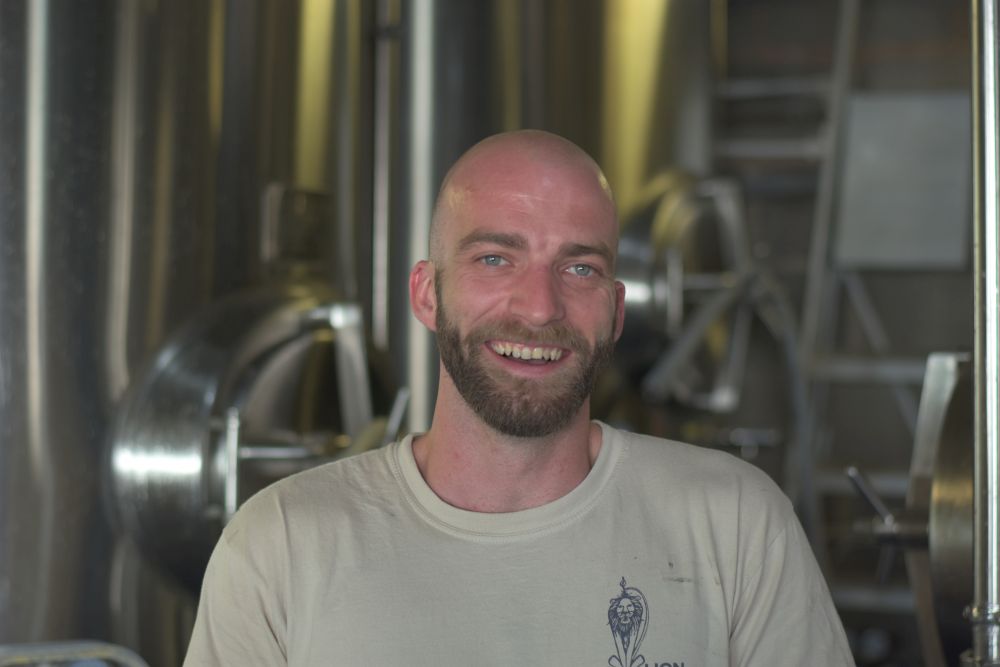 Seb is the most recent addition to the team.  After training as a mechanic at college and changing career to be a chef, he changed career again and ran Goodwin Brewery in the French Alpes for 2 and a half years. When he decided to move back to Southwest UK he got in touch with New Lion Brewery about work and now is settling in here nicely. 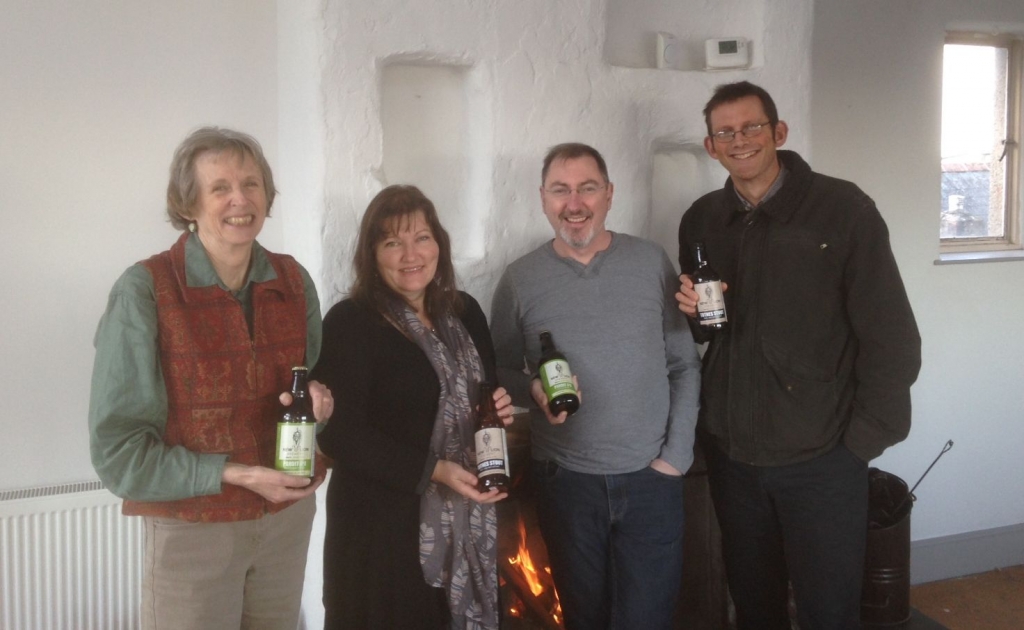 American journalist Ann Monroe has long covered the environment, sustainable business, and local food and drink. She became involved in plans for the New Lion Brewery even before moving to Totnes, and has taken a leading role in getting the company organized.

Kathy Alexander, originally from Plymouth, has spent many years in the hotel and tourism industry.  After living in Australia for 16 years, where she worked for an international airline, she returned to Devon early in the millennium with a new career as a tour guide.  Settling in Totnes in 2005 she spent four years with English Heritage, but now combines her freelance guiding work with running a busy pub, The Bay Horse Inn, with her husband Rob as well as being a director of the New Lion Brewery.  She maintains her interest in all things heritage and is on the committee of Friends of Totnes Museum.

As landlord of the Bay Horse Inn, one of Totnes’ most popular pubs, Rob Alexander has a solid track record in business, and as one of the town’s leading publicans, has extensive contacts and knowledge within the local beer trade.

Rob Hopkins is the award-winning co-founder of the Transition Network, about which he regularly lectures and writes. He represents the bigger picture of economic regeneration and has authored many popular books about local resilience. Rob and the Transition Network were among NESTA and The Observer’s list of ‘Britain’s 50 New Radicals’. His forward thinking brings a sense of the local community and REconomy (and his taste in beer isn’t bad, either).

Josh Howe (not pictured) lives in New York, but manages most of the Brewery’s financial affairs from there.

Be assured that we look after the data we hold and keep it secure, and in order to keep up with the new laws we are providing you with the following information: