Last year, we invited the people of Totnes to become hop farmers.  45 people stepped forward, and planted hop plants in their gardens, on their balconies and patios, and on allotments.  The variety they grew, ‘Primadonna’, was especially chosen for its dwarf shape as well as for the delicious hops it produces.

September 11th 2016 was harvest day.  Members brought in their hop harvest in carrier bags and Tupperware boxes, and the total 2016 harvest was 1.3kg.  New Lion’s Head Brewer Mat Henney then created a beer called ‘Local Hero’ using the hops, which was launched at the ‘Forking Local Food Festival’ on Vire Island.  While 1.3kg was a great haul for the initiative’s first year, the Hop Club has greater ambitions.

“Anyone can grow hops”, says New Lion Brewery’s Rob Hopkins. “All you need is a patch of ground, or a tub full of compost, and something for them to grow up.  Stroud Brewery’s Hop Club harvested 50kg this year, so we’ve a way to go!  If you never drank beer before containing hops you’ve grown, you’re missing out.  Why not give it a go in 2017?”

New Lion Brewery is inviting anyone in Totnes who has green fingers and who likes beer to step up to become a hop farmer.  Hop rhizomes cost £10 each, including an 8 ft length of the special hop twine you will need for them to grow up, plus an information sheet on how to grow them.  Anyone interested should order them, in the Brewery, by Wednesday 8th March, and they are then collected the following week.  During the growing season, members share photos of their plants as they grow, and then in September, they are all harvested on the same day. 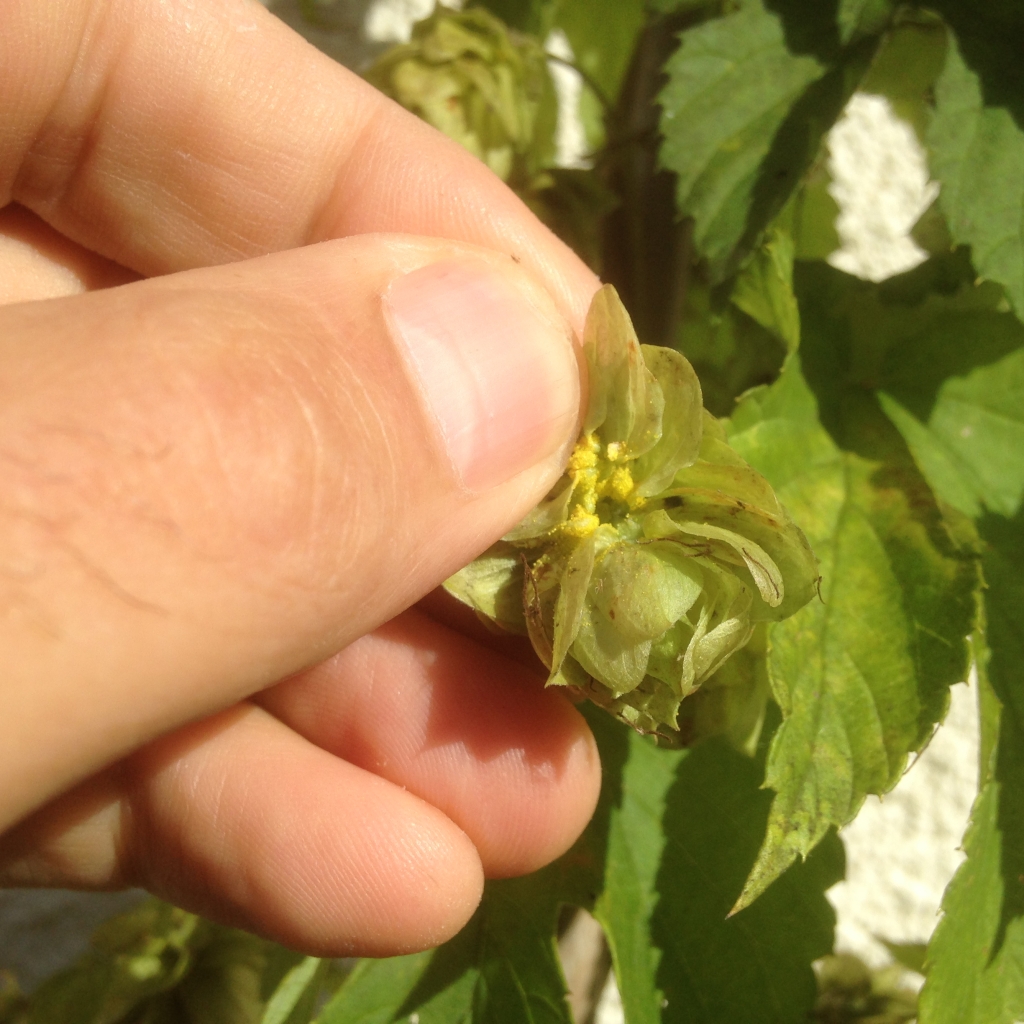 New Lion’s Head Brewer Mat Henney says “there is something amazing, as a brewer, to being able to work with these hops.  They are so fresh, and the flavours are amazing.  It is a wonderful way for people to connect to the Brewery, and harvest day, when everyone was bringing in their hops, so proud with their harvest, was one of the most special days we’ve had since we opened the Brewery”.