The original Lion Brewery, which ran for decades in Totnes before closing in 1921, was renowned, according to posters from the time, for its ‘celebrated Totnes Stout’.  The town’s New Lion Brewery, which opened in 2013 on Station Road, and which brews its own version of Totnes Stout, can now justifiably call its present day Stout ‘celebrated’ too, having been judged to be the best cask stout in the country.

The Society of Independent Brewers (SIBA) recently held their ‘BeerX’ event in Sheffield, an event at which their prestigious National Independent Beer Awards are held.  Having already won Gold in the ‘Cask porters, stouts, old ales, strong milds and strong brown ales’ category for the South West region last year, Totnes Stout was up against the over Gold winners from the 7 other regions of the UK.  And it won, meaning that in the opinion of the judges, Totnes Stout is the nation’s finest cask stout. 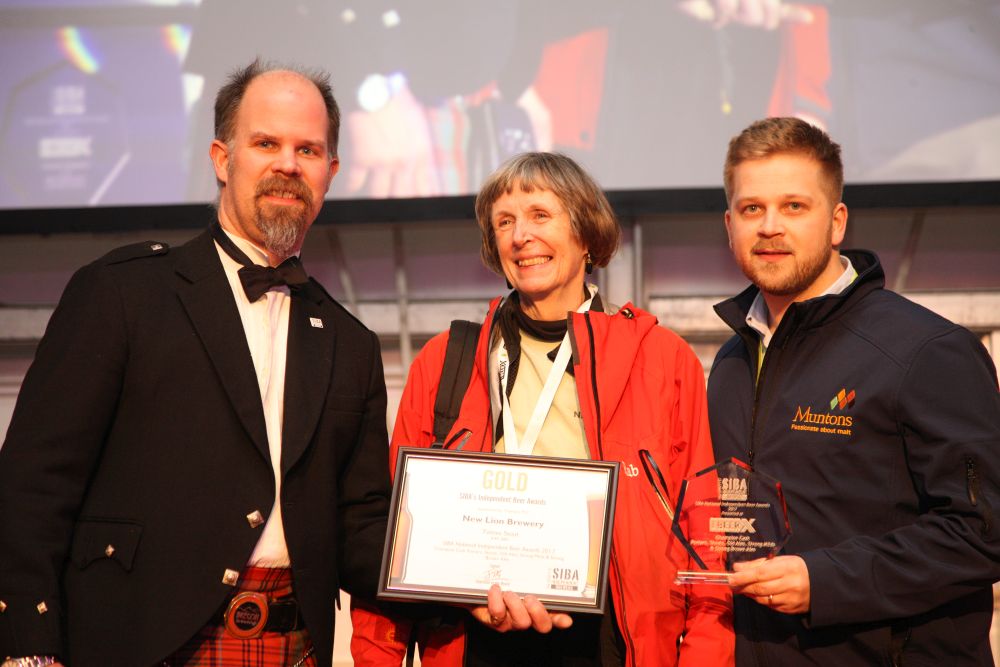 New Lion Brewery’s Ann Monroe, who represented the Brewery at the Awards said:

“It’s a thrill for us to be recognised in this way.  We only just celebrated our third birthday, and here we are picking up the award for the nation’s best cask Stout.  We are very proud to be putting Totnes on the map in this way, alongside the many big-hitters at BeerX, and I’d like to thank Mat, Jacek and Josh, our team whose hard work has made this possible”. 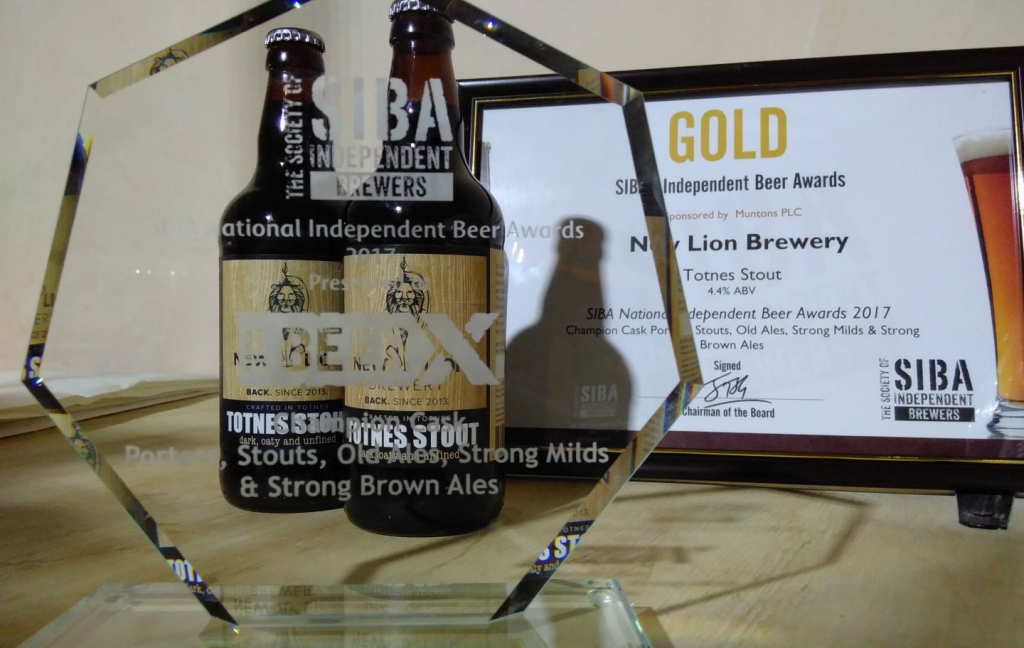 New Lion’s pale ale Pandit, named to celebrate the visits to Dartington Hall in Ravi Shankar in the 1930s, was also celebrated at the awards, winning  Silver in the ‘Champion Keg Premium Bitters and Pale Ales’ category.

New Lion Brewery prides itself on celebrating the dynamic local food culture of Totnes and its surroundings, particularly in its White Label Series, which releases occasional and more experimental brews.  It recently released ‘Berries on Brett’, made using chuckleberries from Dame Hannah’s Trust at Seale Hayne, and will soon be releasing a barley wine called ‘Barrel Thief’, brewed using bread from The Almond Thief bakery at Webbers Yard, which has spent months ageing in wine casks from the Sharpham Vineyard.