“We are thrilled to win our first award for our Totnes Stout.  The original Lion Brewery, which closed in the 1920s, prided themselves on being “brewers of the celebrated Totnes Stout”.  It means a lot to us that our Totnes Stout can now similarly claim to be celebrated, and we’re proud to see Totnes holding its own among stiff competition from across the South West”.

Guy Sheppard, SIBA Chairman, commented on the impressive range of beers judged in the competition:

“The standard of entries this year was incredibly high and the judges had a very difficult job in picking the winners of the categories and the overall Champions. These brewers’ choice awards represent the very best in independent craft beer in the South West”.

New Lion Brewery have grown rapidly since their launch in late 2013, and now sell their beers through shops, restaurants and pubs in the South Hams and further afield.  They also have a very active membership, and earlier this year launched a Hop Club, through which 45 members are now growing hops in back gardens and on balconies across the town to flavour a brew later this year.  The brewery itself opens as a Pop-Up Bar on Fridays and Saturday evenings, which attracts many people to call in and buy the short-run beers only available from the brewery itself, as well as to drink direct from the conditioning tanks.

“We’d like to thank the local businesses who have supported us”, says Mat, “Totnes is fast gaining a reputation for the quality of the food and drink produced here, as well as for being a brewery town, and we really hope this award continues to cement that reputation”.

It’s not the first recognition for New Lion’s beers, in 2015, their ‘Pandit IPA’ was voted ‘Britain’s 17th Hottest Beer’ in a poll featuring all of the UK’s leading craft brewers. 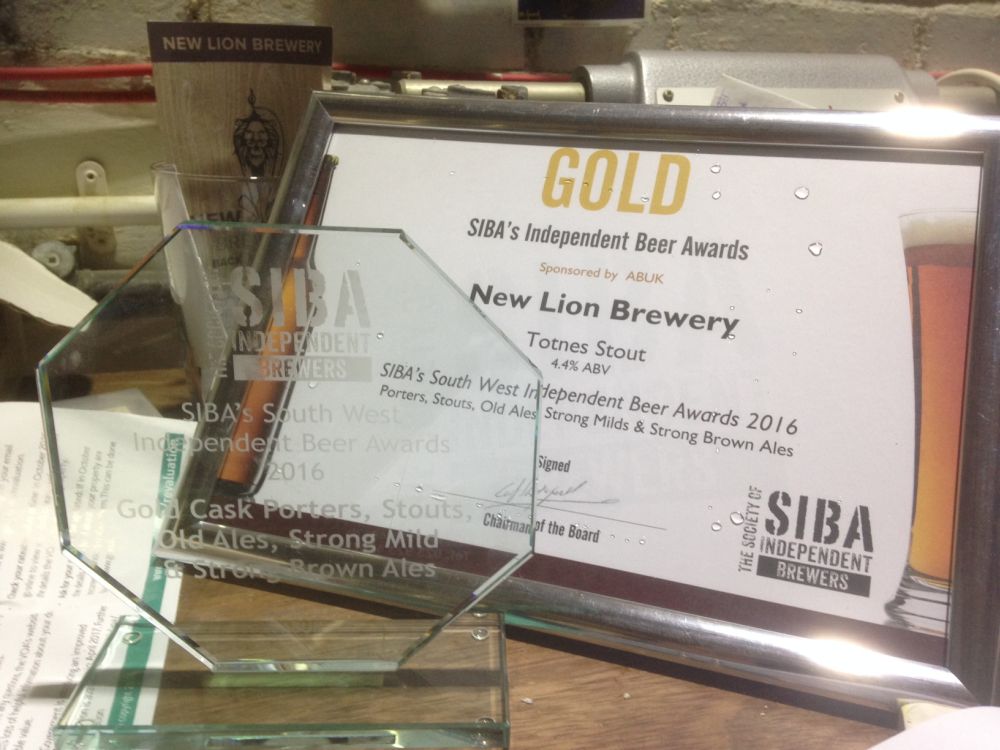