Totnes breweries unite to urge “build the alternative at Brimhay”.

Totnes breweries unite to urge “build the alternative at Brimhay”.

In a historically unprecedented move, the four breweries in the Totnes area, New Lion Brewery, Totnes Brewing Company, Bridgetown Brewery and Barnaby’s Brewhouse, have come together to create a beer with a powerful message.  ‘Brimhay Beer: an imaginative pale ale’ goes on sale today across the town.

The project is inspired by the story of ‘Coule Pas Chez Nous’, where 28 breweries along the route of a proposed pipeline in Quebec, Canada, came together to create a beer to express their opposition to the pipeline, which was subsequently dropped.  The story of South Devon Rural Housing Association’s (SDRHA) proposed development at Brimhay, and local people’s sustained, and highly creative opposition to it, has been ongoing for over 3 years now.

“What inspired us most about Brimhay”, says New Lion Brewery’s Head Brewer Mat Henney, “is that rather than just saying “no”, the community of Dartington and their Parish Council have done something really quite remarkable. They came together, hired their own designer, consulted the community, designed an alternative scheme which respects wildlife, is sustainable and beautiful, and then took it all the way through the planning process.  And still they are being ignored.  We felt, as brewers who stand for craft, community, good taste and enhancing the local economy, that it was time we creatively voiced our support”. 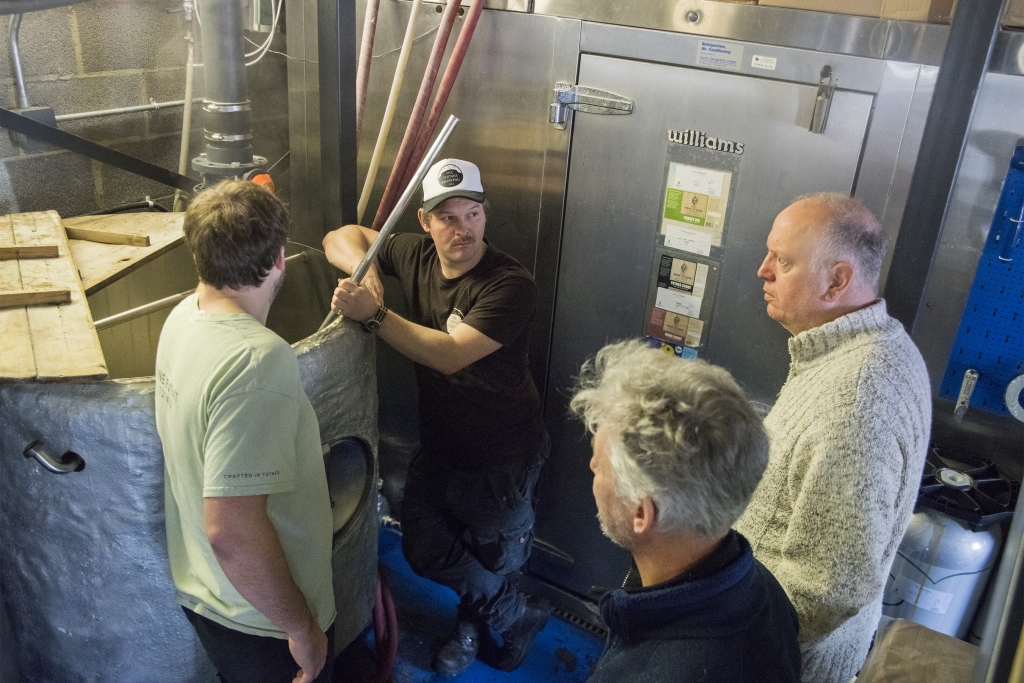 SDRHA submitted their initial proposals for the redevelopment of Brimhay in January 2015 based on almost no local consultation.  Local people were disappointed by its urban style development, the 3-storey building with no lift into which the elderly social housing tenants would be expected to move, the clearing of a wildlife area and removal of 93% of the site’s trees.  South Hams District Council (SHDC) approved planning permission, but the community brought a successful Judicial Review in July 2016 which quashed the permission.  SDRHA subsequently resubmitted, and were granted a planning approval for a slightly amended scheme. Last month, work to start clearing the site was met was opposition, and a new Judicial Review has been launched by the community. 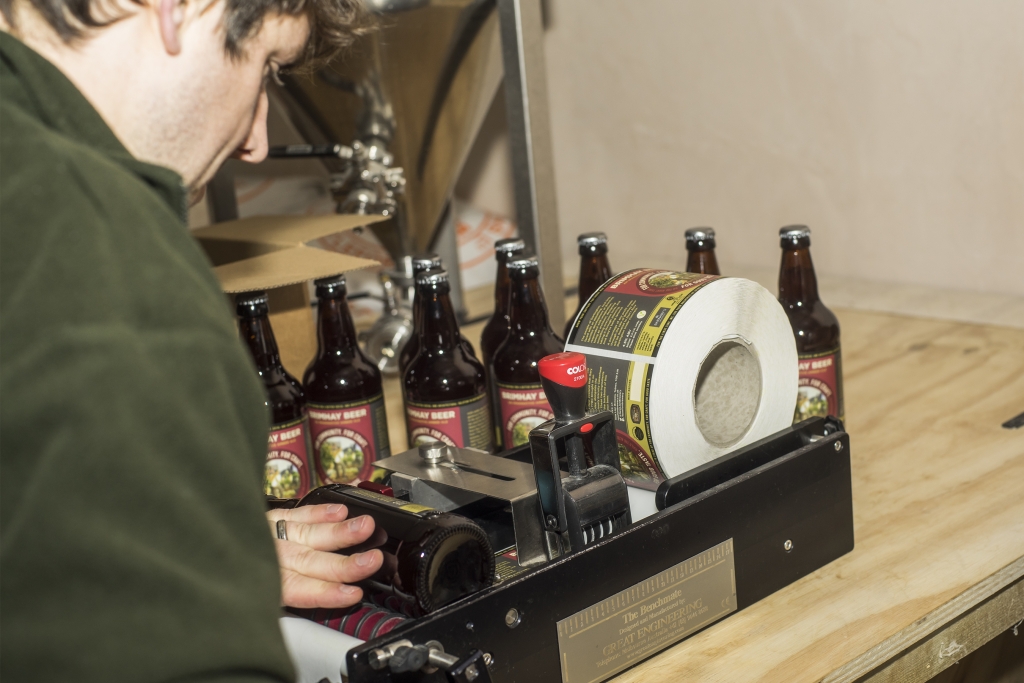 The community’s redesign, by Founder of the award-winning Living Village Trust Bob Tomlinson, was based on extensive community consultation, and in response to the many objections to SDRHA’s scheme. The planning application by Dartington Parish Council received over 200 letters of support, as opposed to just 2 for SDRHA’s scheme, and was praised by Kevin McCloud of TV’s ‘Grand Designs’. SDRHA say that the community’s scheme is “unviable”, but have failed to release any costings to prove this, nor to state the land value of the site. The community’s scheme would be built to Passivhaus standard, using many local materials, and the design reflects the local vernacular.  And, its designers argue, it is entirely viable. 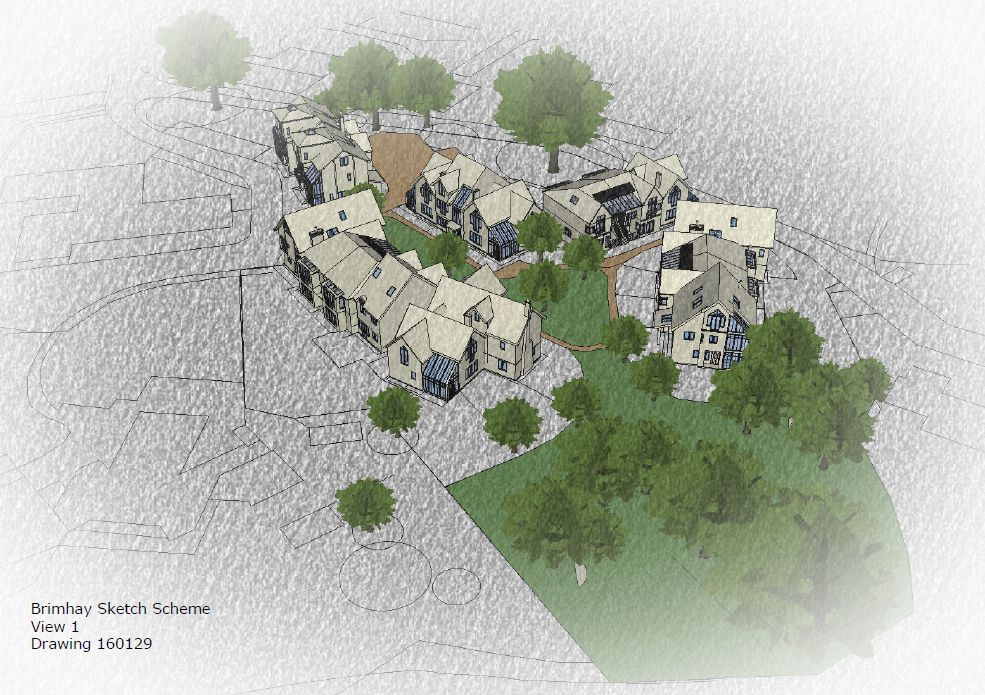 The community redesign of Brimhay.

Sarah Kidd of Totnes Brewing Company says, “as brewers, we have to abide by licencing laws to do what we do.  It struck us that although SDRHA are acting within the letter of the law, they clearly have no social licence for what they’re doing at Brimhay, and that really matters. This is an unprecedented coming together of the four Totnes breweries in support of an unprecedented community response.  SDRHA has a way to go instantly from villain to hero overnight, on the table, with full planning permission.” 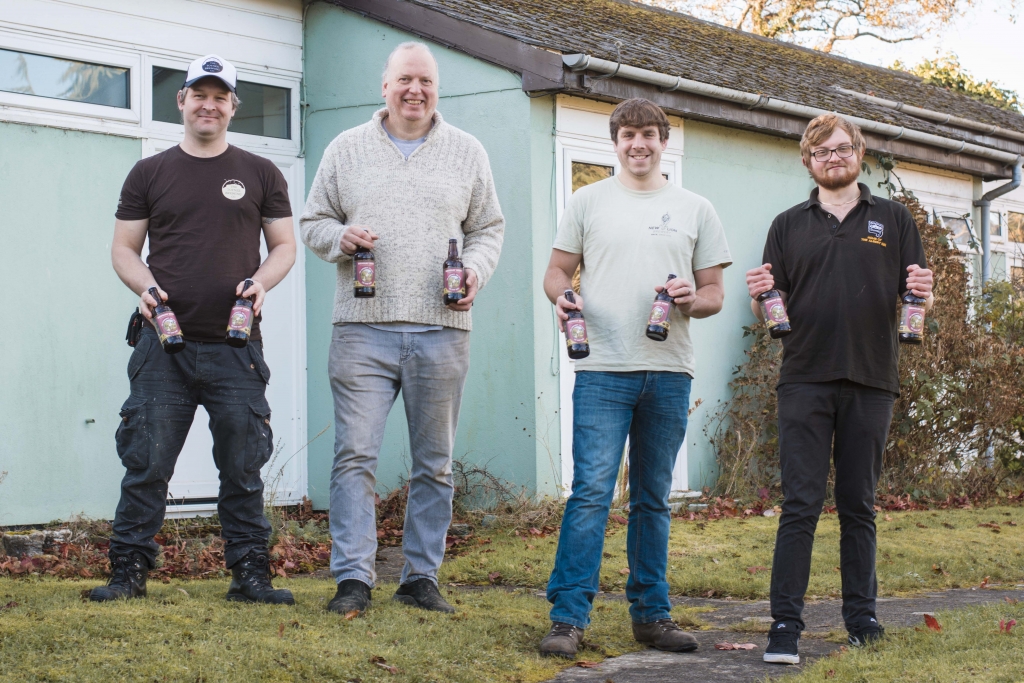 Gary of Totnes Brewing Company, Barnaby of Barnaby’s Brewhouse, Mat of New Lion Brewery and George of Bridgetown Brewery with bottles of ‘Brimhay Beer‘ at Brimhay.

Barnaby Harris of Barnaby’s Brewhouse says, “this area is renowned for its creativity, and its ingenuity. All of us, as brewers, stand for innovation, tradition and sustainability, three things the community’s scheme combines beautifully and which will have a positive benefit to the future local economy.” 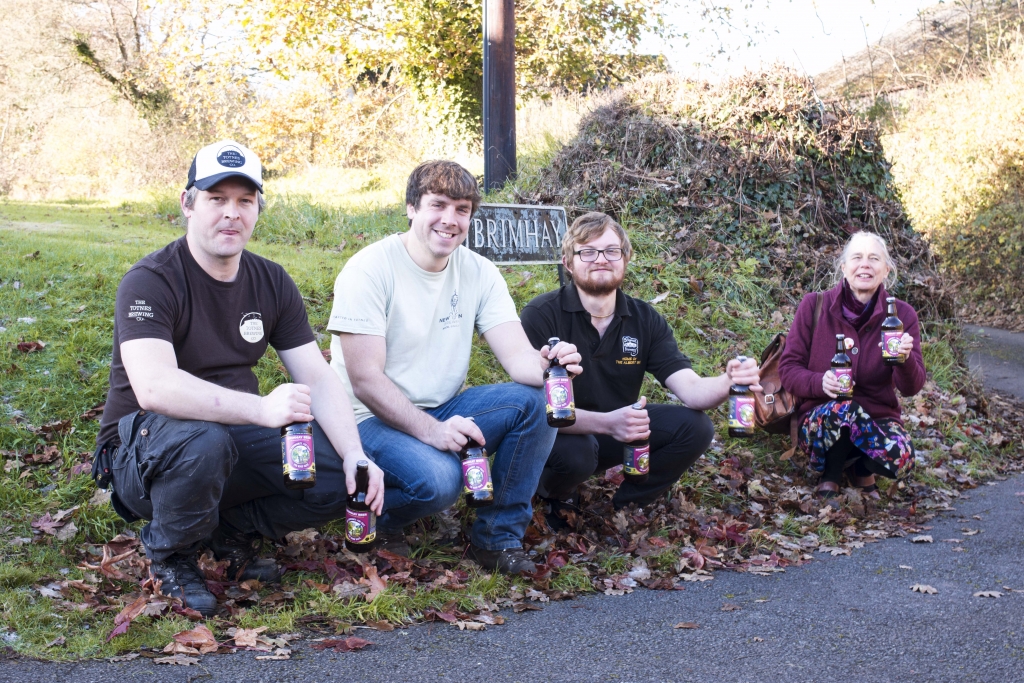 Gary of Totnes Brewing Company, Mat of New Lion Brewery, George of Bridgetown Brewery, with Anna Lunk of Dartington Parish Council, the organisation who submitted the application for the alternative scheme.

‘Brimhay Beer: an imaginative pale ale’ will be on sale on the bars of New Lion Brewery and Totnes Brewing Company, and in bottles at shops and venues across the town as well as at the Totnes Christmas Markets.  Some of the funds raised will go to Don’t Bury Dartington Under Concrete, the community organisation who have co-ordinated the campaign and the creation, alongside Dartington Parish Council, of the alternative scheme for the site.

The breweries hope that this brew will bring the focus back to the community’s redesign and are offering to broker a dialogue between the two sides to see how the community’s scheme might be moved forward. 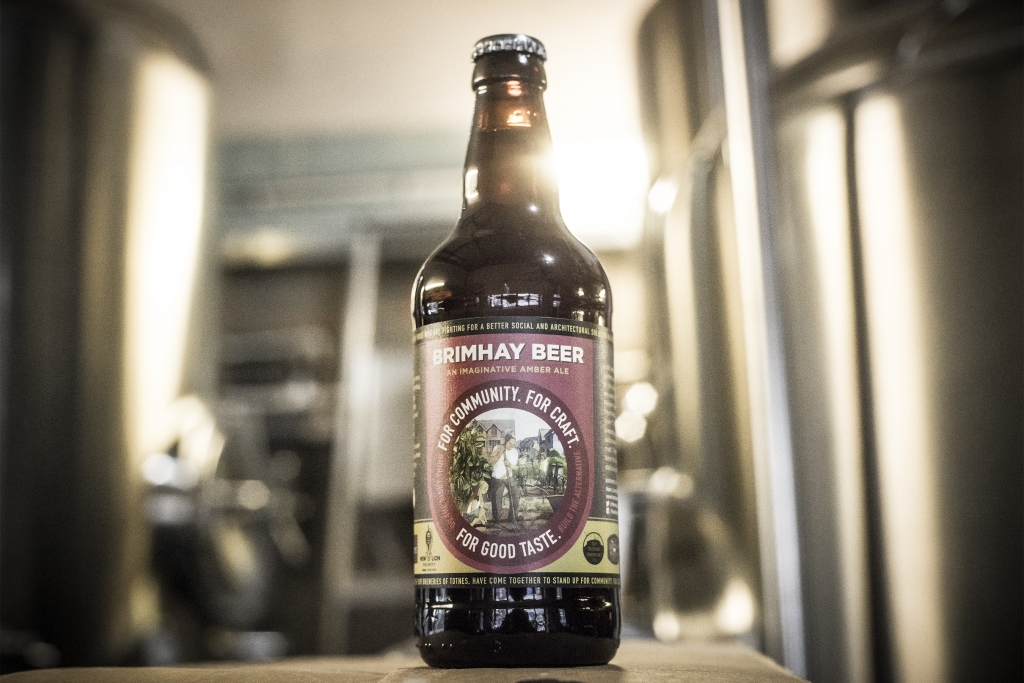