Here at New Lion Brewery we were delighted to recently create a bespoke ale, Half Cut Reel Ale, for the Plymouth Film Festival which took place May 16th – 17th.  Plymouth Film Festival was founded in 2013 by William Jenkins and Ben Hancock and this year’s, at Plymouth Arts Centre, was their second.  It offers an amazing opportunity for people to immerse themselves in local, national and international short films as well as for filmmakers to talk about their work.  As well as being film lovers, Will and Ben are also huge fans of our Pandit IPA (“our favourite by a long way”) and are regular visitors to our Friday and Saturday evening Brewery Bars. 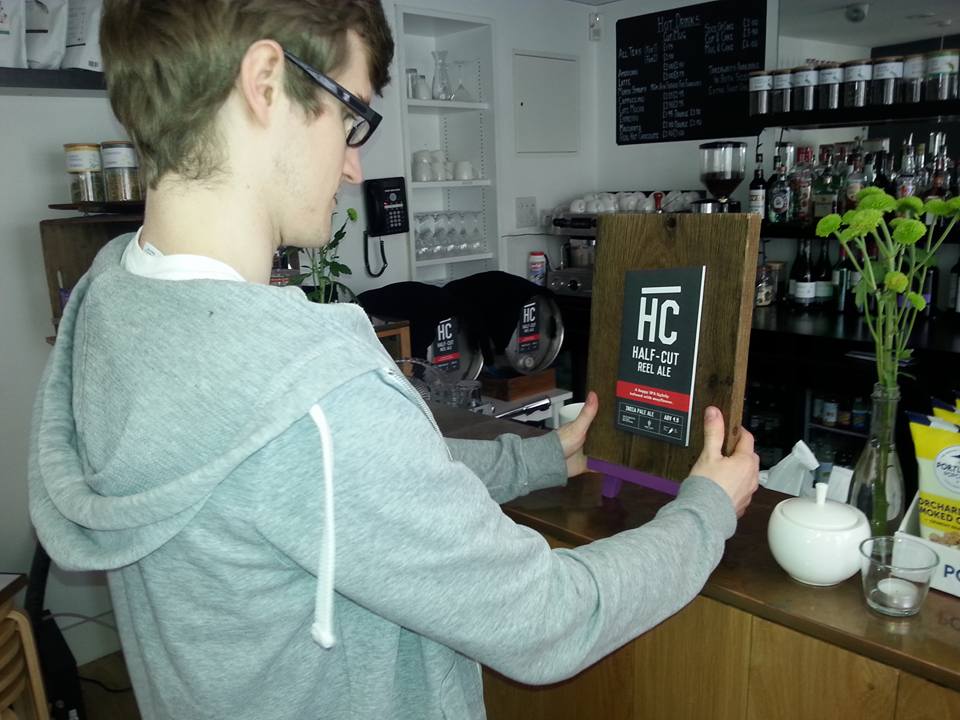 They asked us to create a bespoke version of Pandit, and so given the season, and Plymouth’s association with the Mayflower, NLB Head Brewer Mat Henney infused our IPA with some locally picked hawthorn flowers (also known as “mayflowers”). This led to the pump clip’s tagline, “A hoppy IPA infused with mayflower”.  According to Will, “the beer was genuinely awesome and really made the VIPs feel important at the event”. 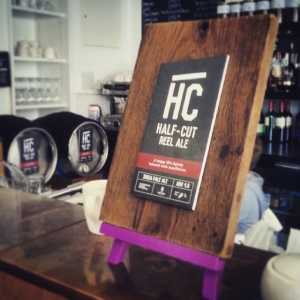 He continued, “I wanted to get in touch to thank you guys (and Jacek for all his help too) for sorting us out with a delicious (and incredible value) ale for the festival. It went down an absolute treat, and I think the Arts Centre are now hoping to stock your beers, which hopefully will be good for you, and will definitely be great for us as it will give us a place in Plymouth to continue to enjoy them”.

Working with events or organisations to create bespoke ales like Half Cut Reel Ale is something we love doing, so if you would like to do something like that for an event you’re doing, get in touch.