Community craft brewery, New Lion Brewery and passionate environmental and West Country food champion, The Venus Company have joined forces to create a new bitter, Venus Ale.  Produced using a complex seven malt grist which imparts a warm golden brown colour, Venus Ale is a balanced and extremely drinkable modern session bitter.  This delightful and refreshing ale is exclusively available to purchase for consumption at Venus’ cafés and takeaways at Blackpool Sands, Bigbury on Sea, Tolcarne and The Shops at Dartington as well as at their beach shops at Blackpool Sands and Tolcarne.

Commenting on the collaboration, Michael Smith, co-owner of The Venus Company says:

“In the 21 years that The Venus Company has been serving customers we have always been passionate about working with and supporting other local businesses and producers.  It is fantastic to have a brewery right on our doorstep who create exceptionally good beer and who we can work with.”  Michael continues: “Not only do they produce a great product but we also share a commonality of values, with both of our ethos’ and ethics so closely matching each other.”

“We are a young brewery founded on community, sustainability and innovation.  Values which are shared by The Venus Company.  The Venus Ale is designed to taste at its best when sampled in view of a Devon beach, with family and friends and with salt water in your hair.  We think of it as the spirit of Totnes bottled and shared with the world.  We love what The Venus Company do and are thrilled to be working with them.”

New Lion Brewery, based in Totnes, is a community craft brewery committed to innovation and sustainability.  They began creating trial brews in temporary quarters in the autumn of 2013. Over that winter they built a new brewery from scratch and slowly expanded capacity. They now have a state-of-the-art brewery producing 65 barrels a week.  They brew three core beers, one of which, Pandit, was recently voted ’17th Hottest Beer in Britain’ in a national poll and their Totnes Stout recently won Gold in the ‘Porters, Stouts, Old Ales, Strong Milds & Strong Brown Ales’ category at the SIBA South West Independent Beer Awards.

New Lion Brewery also create collaborative brews with other local food producers, such as their ‘Scorpion IPA’ with South Devon Chilli Farm and they are also working to co-create a beer-infused ice cream with a local ice cream producer. 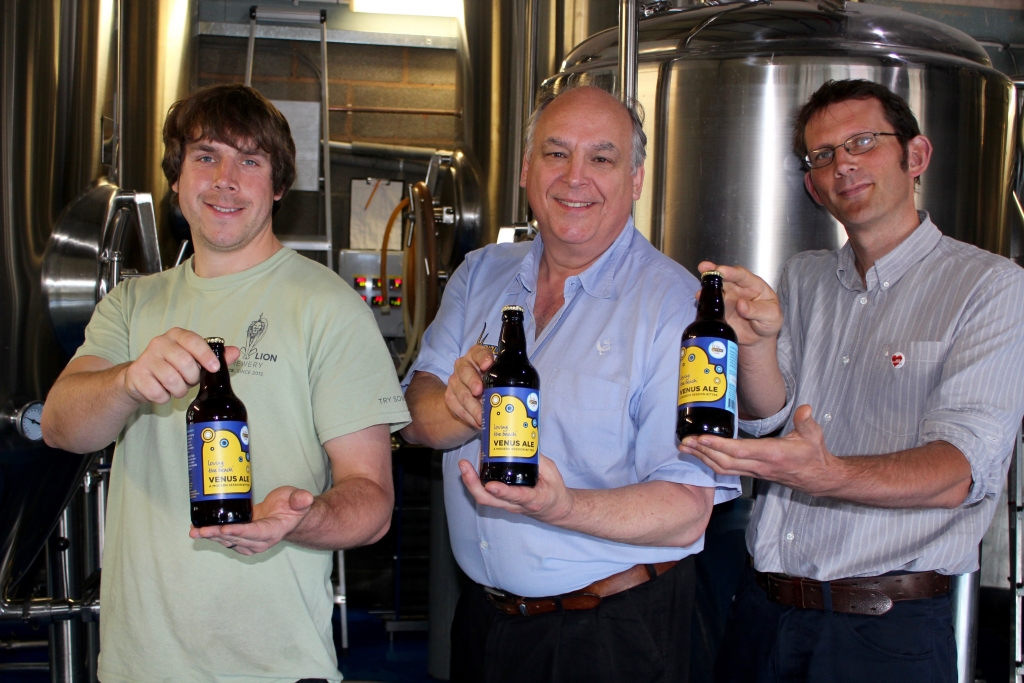 The Venus Company began life at Blackpool Sands and has kept beachgoers fed and watered with delicious food and drink for 21 years.  They serve locally sourced, tasty food with minimum impact on the environment and an emphasis on sustainability.  They have six sites across the West Country including Blackpool Sands, East Portlemouth, Bigbury on Sea, Tolcarne, Watergate Bay and their only inland café at The Shops at Dartington.

The Venus Company’s philosophy is best summed up by the phrase ‘Loving the Beach’.  They even use it in their web address.  They have twice won the Queen’s Award for Sustainable Development (in 2010 and 2005).  One of only ten companies throughout the UK to have been awarded a sustainability honour in 2010 and one of only eight companies to have achieved the award in 2005.