Mat’s off: an announcement from New Lion Brewery

Mat’s off: an announcement from New Lion Brewery

Today’s the day we must make the bittersweet announcement that Mathew Henney, our Head Brewer since we began New Lion, will be leaving the brewery at the end of April. He will be moving to Murphy and Son as Technical Sales Representative covering Southern England and Wales. Jacek Ziegler, currently our Second Brewer, will be taking over the reins, having joined the brewery in summer 2014 and become an exceptionally gifted brewer in his own right.

Over the last four years, Mathew has lead the Brewery, winning Local, Regional and National awards whilst growing a loyal customer base here in South Devon. It has been his artistic flair, attention to detail and deep knowledge of beer styles that has brought us to where we are today.  Alongside this he has also been working towards the highly regarded Master Brewer qualification and a new challenge will allow Mathew to progress whilst still offering technical support to New Lion Brewery.  He also became a father, an event celebrated in the naming of the beer ‘Thirst Born’.

Mat says, “It has been a great pleasure to work alongside some wonderful people here at New Lion Brewery and to have been part of a locally grown success story. Whilst I’ll be leaving day to day operations, I will be able to offer ongoing support to the Brewery and will be keenly following Jac’s efforts as Head Brewer, and I look forward to the amazing beers he will produce as he steps into the Head Brewer shoes.  I’m proud to have produced some really outstanding beers here, particular highlights for me have been winning SIBA National gold with Totnes Stout, drinking Pandit on the Hudson river in NYC, Ryley Walker playing a set in the brewery and how thrilled he was that we had brewed ‘Ryeley Walker’, a beer named after him, and last years’ Chuckleberry Sour, D.I.B.S and DEYA collab Ecstasy of Gold.’ 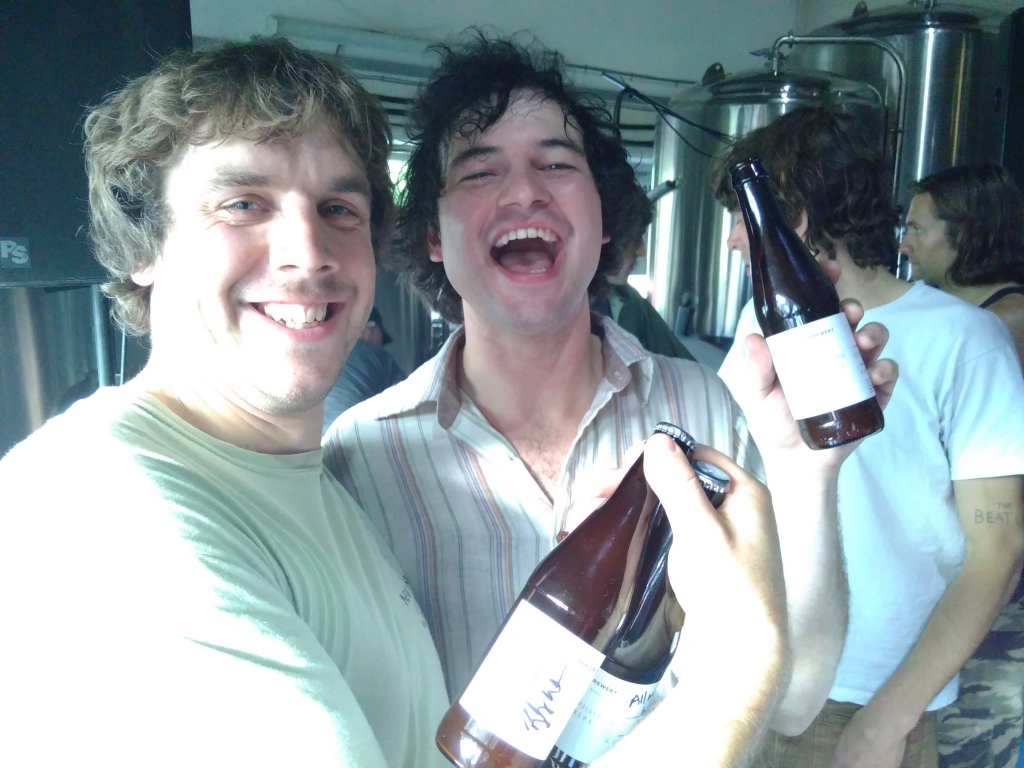 Rob Hopkins, New Lion Brewery Director, says “we are deeply grateful to Mat for the commitment, passion and sheer eye for detail Mat has brought to New Lion since the very beginning. While we are very sad to be losing him, we know he’s not going far, and that we will benefit from his wisdom for some time to come. We wish Mat all the best in his new job, and we know that he goes with the deep gratitude of all of those who have tasted his beers, from our core beers to the more out-there beers like the Oyster Mushroom Stout and the Einkorn Gruit, over the last 5 years. It has been quite a journey.  Thanks Mat”.