It’s one Gold and two Silvers for New Lion Brewery!

It’s one Gold and two Silvers for New Lion Brewery!

New Lion Brewery flew the flag for Totnes at the recent Food and Drink Devon Awards at Deer Park Country House Hotel, winning one Gold, and two Silver awards.  The annual event brings together and recognises the best of the county’s food and drink producers, hospitality and catering businesses as well as speciality retailers.  This year’s awards were hosted by BBC Radio 2’s Nigel Barden.

Kathy Alexander with Sima Cutting of The Kitchen Table.

“It is such a thrill to receive these awards” she said.  “For a young brewery, just approaching our third anniversary, it is fantastic to be recognized in this way.  It’s a great testament to the hard work and dedication of all the brewery team, and to the support we receive from our members and the wider community, especially Food and Drink Devon”.

The Brewery will be celebrating its third birthday on November 19th at the Bay Horse Totnes, with a party to which everyone is invited.  There will be food, special brews for the occasion, as well as the release of its ‘2015 Reserve’, a ‘Quadrupel’ of which only 450 bottles will be released this year, as well as the second issue of the ‘2014 Reserve’, a Russian Imperial Stout, the first issue of which sold out in just 2 weeks last year. 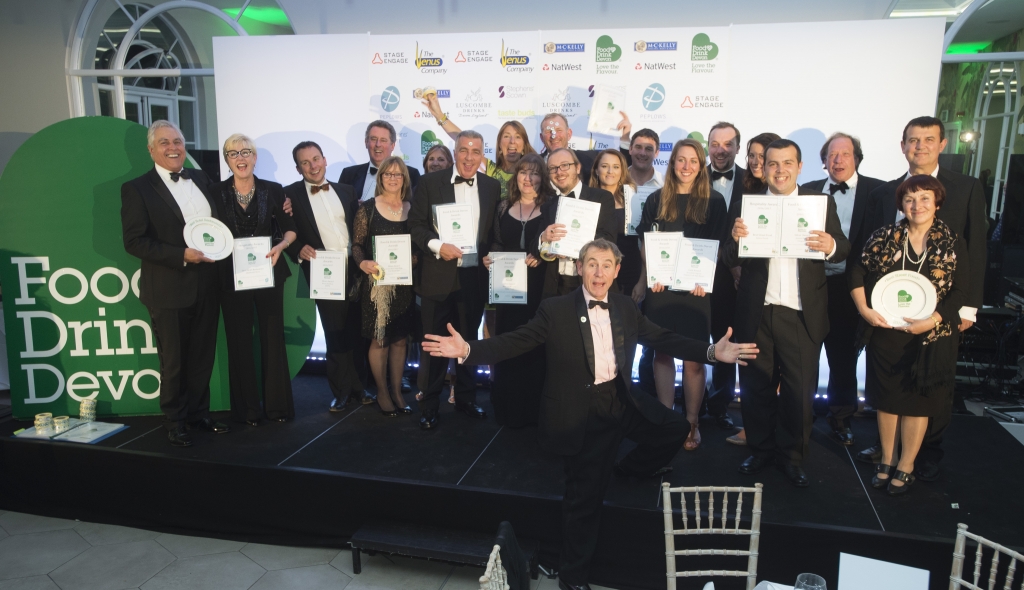