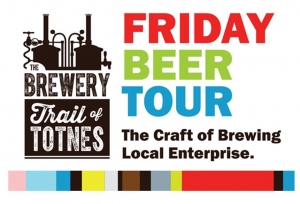 [By Holly Tiffin: original here] Following the general surge of interest in local food in the town in the last seven years, three breweries have sprung up, two of them in the last two years. Hal Gillmore, who runs tours of Totnes showcasing projects that provide working examples of the Transition concept in action, through Futurebound, expanded his repertoire last month to create a liquid tour of all three breweries. Too good a chance to miss!

After a visit to the REconomy Centre where the link between local beer, local economics, local resilience and local businesses was made to we 15+ thirsty eager participants, we moved on to the newest and nearest brewery. 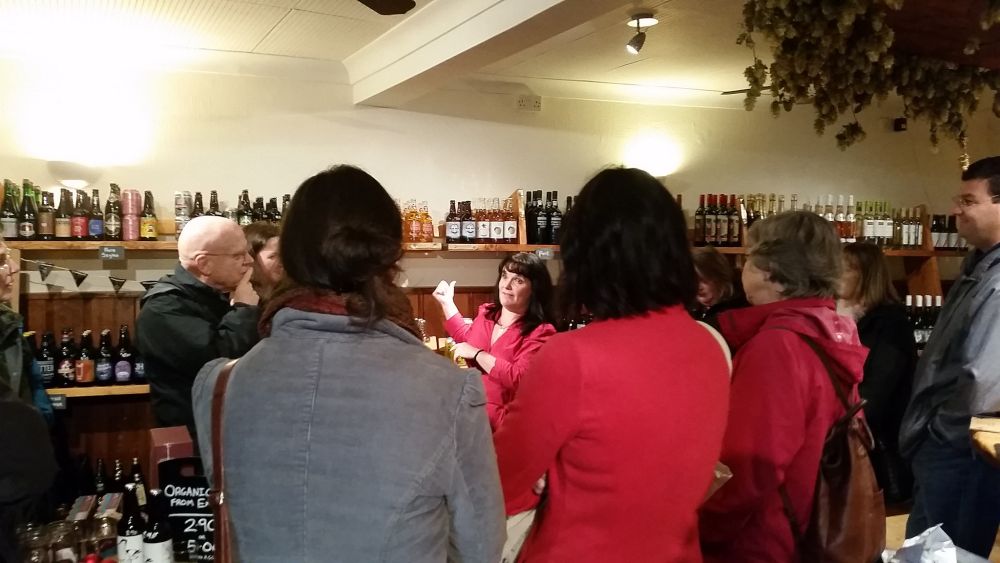 The Totnes Brewing Company are based on the ground floor of the Barrel House, where they brew their own beer literally behind the bar, as well as stocking a vast variety of others, both at the bar and in the adjoining Beer Library (see our tour of the Beer Library’s shelves, above), previously The Castle Inn. (There was an interesting point made that business rates in Totnes are based on earnings made in 2004. In those days the Castle was a thriving pub, heavily supported by students from Dartington Art College; today those same rates have made the business nonviable, so the owners have changed the pub to an off licence in order to get around the prohibitive rates.

It is great to have another off licence in the town that is open after 5pm, but it would have been better for rates to be set at realistic levels).  One thing I particularly liked about this bar is that you can order a third of a pint of beer. I tried the aptly named Dark Matter, a cross between a porter and a stout but not sweet or gassy. 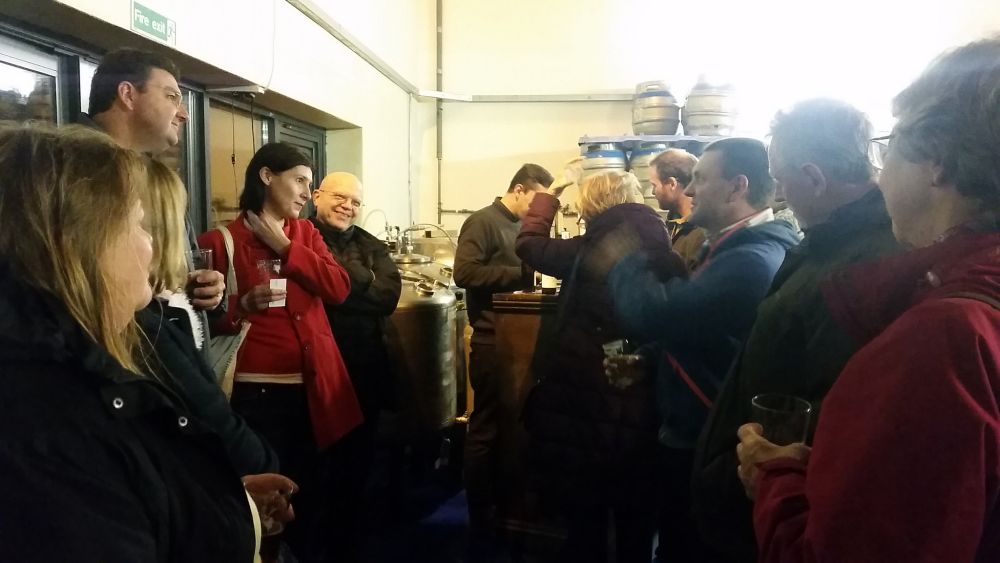 I stuck with the dark theme with a Totnes Stout at our next stop at the New Lion Brewery, ‘Back Since 2013,’ who proudly say they are too large to be a micro brewery (photo above shows us all packed in there). Based near China Blue on Station Rd, you can sit and sup a pint in the brewery itself on a Friday or Saturday night, surrounded by towering stainless steel vats of beer that emit that distinctly sweet, malty smell. 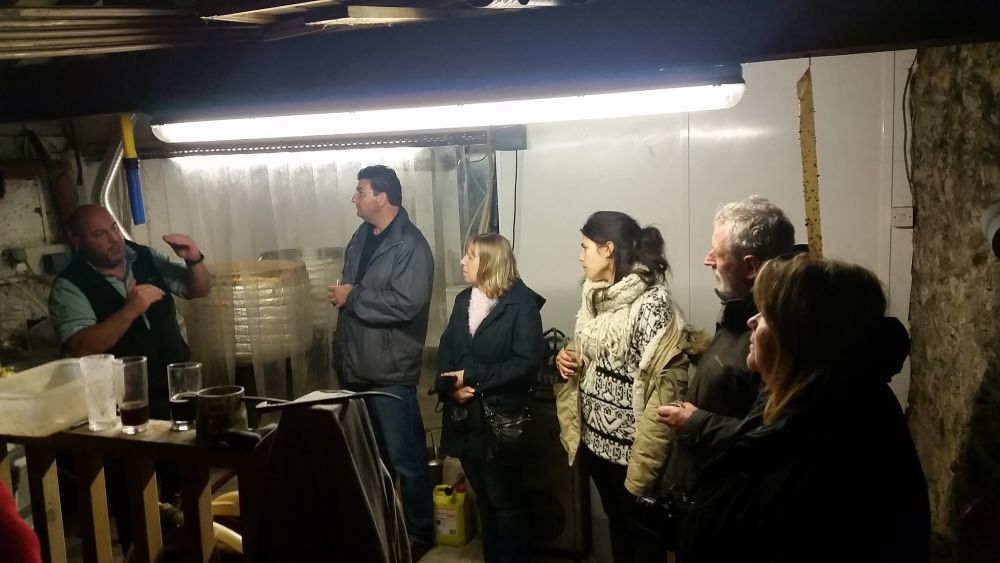 We were met with equal hospitality at the Albert Inn, home of the Bridgetown Brewery. This was the first of the new brewers, established in 2008, and here pioneer publican Giles Hawkins (see photo above) shared his love affair with his yeast with us, with a thorough explanation of the brewing process and the business case for brewing beer on the premises.

[Thanks to FutureBound for the photos].