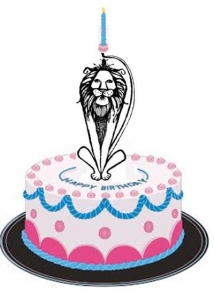 You are invited to help us celebrate our 3rd birthday! Put the date in your diary, Saturday November 19th, at The Bay Horse Inn, Totnes. We’ll be doing a tap take-over from midday with 6 of our beers (more on them coming soon).  Then, at 5pm, we’ll be formally launching our second, limited-edition ‘Cellar Series’ beer, the 2015 Reserve of ‘Quadrupel’. There will then be music from Daniel Marcus Clark and friends, stews, casseroles and cakes from the wonderful The Kitchen Table, the second issue of our 2014 Reserve of ‘Russian Imperial Stout‘, and your opportunity to meet the team and talk craft beer, innovation and what it feels like to be 3 years old.

It’s been quite a year for the Brewery.  Since our last birthday, we’ve grown steadily, won a Gold and two Silvers at the Food and Drink Devon Awards, won Gold at the SIBA South West Awards, launched a Hop Club which saw many of our members growing hops across Totnes which flavoured a beer called ‘Local Hero’, launched ‘Venus Ale’ in collaboration with Venus Cafés, appeared in Devon Life, created a collaborative beer with Mercury Prize winners British Sea Power and hosted 3 bands as part of the Sea Change Festival, as well as holding our very popular Taproom bars on Friday and Saturday evenings.

We really hope you can come and join us in celebrating the year past, and the year to come.