Record Store Day happens once a year, a worldwide celebration of independent record shops, of creativity and of music. Drift Records in Totnes celebrated Record Store Day last weekend, a day that began with queues outside the shop as people waited to get their hands on the hundreds of rare vinyl releases that characterise Record Store Day.

As well as the records, another limited edition product was also available, specially-designed, hand-labelled bottles of Mane Event and Pandit IPA, both brewed by Totnes’ New Lion Brewery.  The bottles were the latest in a series of collaborations the brewery has created as part of its ongoing celebration of the creative and entrepreneurial economy of Totnes.  Previous collaborations have included a TRESOC Ale, a Totnes Pound beer and ‘Atmos Ale’, in support of Atmos Totnes.

New Lion Brewery like to celebrate local economic inventiveness wherever it finds it.  For example, for this year’s Totnes Local Entrepreneur’s Forum, they are brewing a mild made with oats from new social enterprise Grown in Totnes, who are revitalising oat growing and processing in Totnes.

“At New Lion Brewery, we love music and we love beer”, says New Lion’s Head Brewer Mat Henney.  We brew to music, and are all big fans of Drift, so making something special for Record Store Day worked really well for everyone”.

Drift was described by the Guardian’s John Harris as “mind-bogglingly great: the kind of place that you’d think was amazing if you found it in New York”.  On this new collaboration, Rupert Morrison of Drift explained “we really get off on people who say they’ll do something and back it up. The New Lion boys have grown into a flourishing brewery really quickly and we psyched to put our name on their fine beers”

“The reputation of the economy of Totnes is based, in part, on the diversity, independence and spirit of our traders” says Mat Henney.  “We feel that beer is a great way to collaborate more with each other, to tell a story and to innovate.  We loved working with Drift, and hope we see a lot more collaborations like this in the future”. 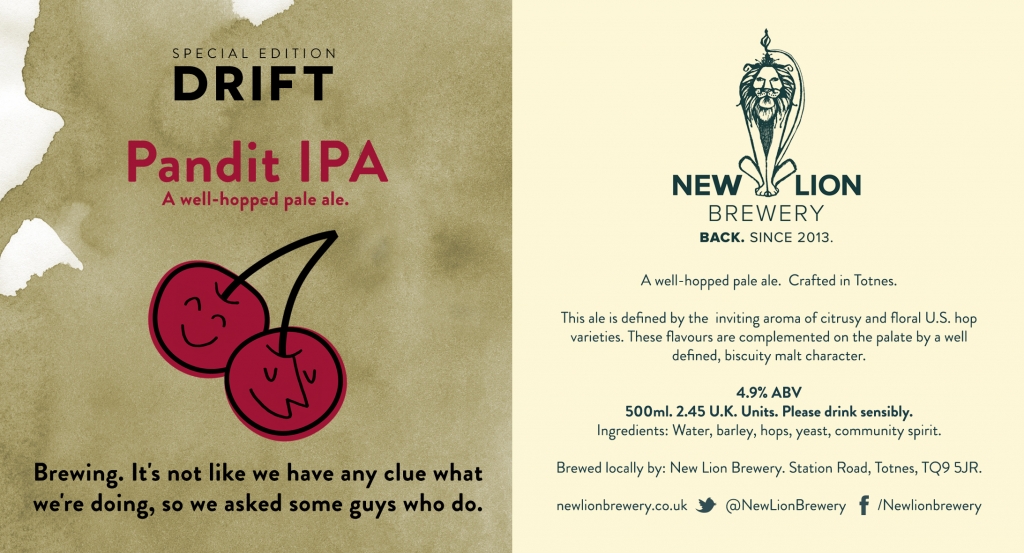 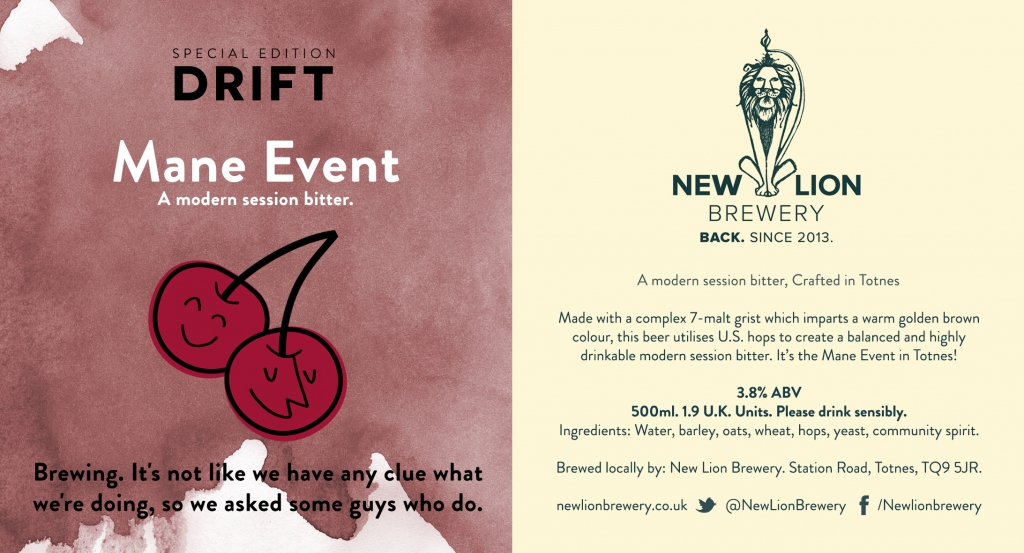