New Lion Brewery celebrated the wonderful fourth Totnes Local Entrepreneurs’ Forum with a specially brewed ‘Black Oat Mild’, brewed to support Grown in Totnes’ crowdfunding appeal.  Grown in Totnes pitched at 2014’s LEF, and NLB pledged to help launch the project by creating a collaborative brew with them and supporting a fundraising event with them.  Always good to our word, ‘Black Oat Mild’ was a hit at the event, and showed our ongoing commitment to the exciting work underway in Totnes to reimagine and rebuild the local economy.

Grown in Totnes want to put in place the infrastructure needed to process oats in Totnes for local consumption, whereas currently any oats and barley and other staples grown around Totnes go straight for animal feed.  You can support their crowdfunding appeal here, and here is a video about it. 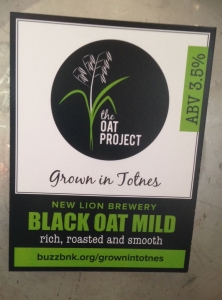 We created a Mild called ‘Black Oat Mild’, brewed using Grown in Totnes’ oats.  The Mild was available after the Forum to thirsty LEFsters, who had spent an inspirational day learning about the new enterprises and the new economic culture unnfolding in the town.  Here’s the pump clip for the Black Oat Mild (see right).

May has been ‘Mild Month’, an event called by CAMRA to bring attention to what was once Britain’s most popular beer, the working man’s pint, which has fallen out of favour in recent years.  Here’s a great article about Mild, and about CAMRA’s campaign.

New Lion Brewery also hosted one of the events which launched the Grown in Totnes crowdfunding appeal, where over 20 people came to the Brewery to hear more about the project, to taste some of the many delicious things you can do with oats and also, naturally, to drink some Black Oat Stout (see below).

For this year’s Forum, NLB pledged to support new enterprise Wild and Curious. More on that later. Please support the Grown in Totnes crowdfunding appeal. It’s a great new enterprise. 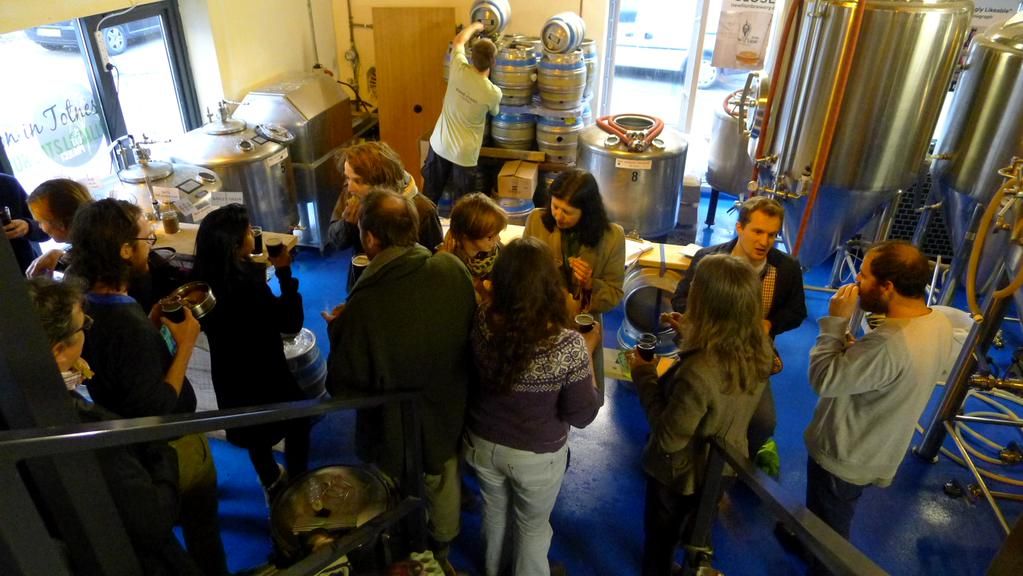