We are so excited about this post.  As anyone in or around Totnes knows, this weekend is our friends Drift Records’ Sea Change Festival, and it’s going to be immense.  Tickets are nearly all sold out, and we have made our special British Sea Power IPA and a Sea Change version of our best-selling Pandit (more of that soon), but we will also be hosting 3 unplugged sets in our Brewery, and you’re invited!

The gigs at the Brewery will be free, and we will be offering a 10% discount to everyone wearing a Sea Change wristband.  Our space is limited, so it will be strictly on a first-come-first-served basis.  Expect something really quite special.  Here’s who will be playing and when:

Just before their main show at the Civic Hall at 8.30pm, Ultimate Painting will be calling into the Brewery to do an unplugged set.  According to Pitchfork:

Ultimate Painting is centered on the wiry guitar lines of Jack Cooper (Mazes) and James Hoare (Veronica Falls). Their economical three-minute songs echo the patient melodies of the Velvet Underground’s self-titled third album and the workingman’s garage-pop of New Zealand bands like the Chills and the Bats.

A couple of weeks ago they performed live on KEXP in the US.  Here’s their set.  Fast forward a few weeks, and they’ll be gracing our metal stairs.

Scottish singer-songwriter Alasdair Roberts will later that evening be playing at St Mary’s Church, in an especially assembled trio with Stevie Jones (Sound of Yell) and Alex Neilson (Trembling Bells).  Prior to that, they’ll be popping in to give us an unplugged version.  Here is a taste of Alasdair Roberts:

Their set will be some time between 1 and 4pm.  Keep an eye on Twitter and Facebook for the final announcement. 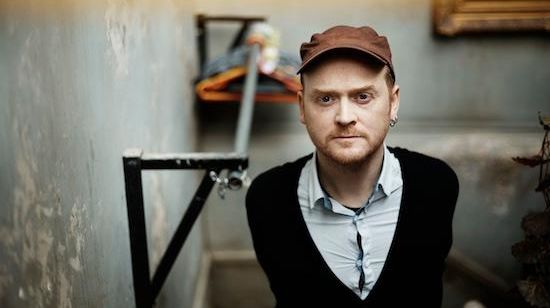 We finish on a high with the visit of James Yorkston, who will be have played the previous evening as one third of the much-celebrated Yorkston/Thorne/Khan. One of Scotland’s great singer/songwriters, we are thrilled to have him grace our stairs.  He has been described as one of the most “influential singer/songwriters on the Scottish folk scene”.  Here he is:

Our thanks to Rupert and the guys at Drift for making this happen.