Totnes’ Sea Change Festival will not only feature dozens of bands, but also a unique beer, one that celebrates a little-known story from the town’s history.  British Sea Power, one of the featured bands at the August Bank Holiday weekend  festival of films, literature and music, have teamed up with award-winning Totnes-based craft brewery, New Lion Brewery, to create  British Sea Power IPA.  It’s a beer that celebrates not just the festival, but a remarkable tale from the town’s past, a story of ‘Totnes Sea Power’.

The band are based in Brighton, and are renowned for their live performances, the unusual lyrical content of their songs and the adventurous choice of locations for some of their gigs.  Their music has won them some remarkable admirers – including Lou Reed, David Bowie and London’s National Maritime Museum. Indeed, their fanbase now includes Doctor Who, Harry Potter and Sherlock Holmes (the actors Peter Capaldi, Daniel Radcliffe and Benedict Cumberbatch have all declared allegiance). The band’s live career has seen them play atop the Great Wall of China, at the CERN atom-research labs, aboard the Cutty Sark and beside the diplodocus skeleton at London’s Natural History Museum.  And Sea Change sees them topping all of that … by coming to Totnes, and having a beer launched in their honour. 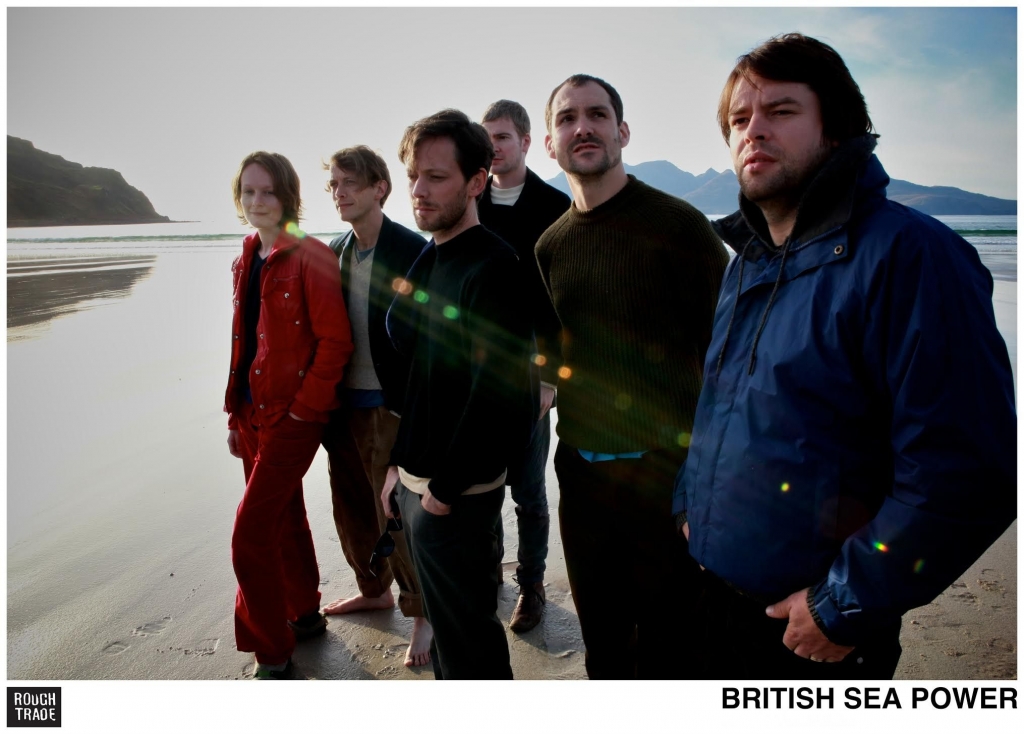 Prior to World War Two, Totnes didn’t have a shipbuilding industry.  When the war began, the town’s Reeves Timber Yard became home to a remarkable story.  A Mr. H. Darney came to Totnes from Curtis and Co. shipbuilders in Looe, Cornwall, and set about assembling a team of around 600 men, women and teenagers with no previous shipbuilding experience who, over the next 5 years, built 23 wooden minesweepers, ships that went on to clear mines across the seas of Europe, saving thousands of lives and even to be among the first boats to land on D-Day.  Much of the wood they used came from Dartington Hall Sawmills, and 400 tons of stone was laid down to reclaim what had been the town dump to prevent the new workshops from sinking.  Ann Monroe of New Lion Brewery says:

“In making a beer for British Sea Power, we wanted to celebrate Totnes Sea Power.  We were unaware of this remarkable story of how our community came together, learned new skills, and exported something positive to the world.  We wanted to honour this part of our community’s history, and to share a story that many younger people may not be aware of”.

Just 500 bottles of the limited-edition, individually-numbered beer will be available during the Sea Change weekend, initially at the British Sea Power show, and then afterwards from New Lion Brewery and Drift Record Shop.  British Sea Power will be taking another 500 bottles to sell on tour with them, quite possibly the ultimate piece of limited band memorabilia.  Head brewer Mat Henney says:

“We say on the label that it is ‘Packed with ‘C’ Power’, because this is a big IPA, hopped with four hops that all start with the letter C: Centennial, Columbus, Chinook and Cascade.  They give this beer a beautiful aroma which jumps out of the bottle”.

It’s not the first time that the band have worked with a local brewery.  For example, they previously collaborated with the Dent Brewery in Yorkshire to create ‘British Ale Power’.  The band’s singer, Yan, says:

“We were all thrilled when New Lion asked about producing a BSP beer. It’s always nice to have a beer and even better to have your own beer…Many thanks! Our band are somewhat known for our big stage bears, so it’s nice to be moving into another animal realm, moving on up to the New Lion enclosure. Now we’re looking forward to Sea Change Festival in Totnes and having a few glasses of British Sea Power IPA while we’re there. Cheers!”

Details of a launch event will be announced nearer the time on both the New Lion Brewery and British Sea Power websites.  New Lion Brewery are also creating a Sea Change version of their best-selling Pandit pale ale, which will be available through the same outlets.