A visit from Rob Wilson of Toast Ale.

A visit from Rob Wilson of Toast Ale.

Just before Christmas, Rob Wilson, ‘Chief Toaster at Toast Ale’ (see photo below), visited Totnes to come visit us here at New Lion Brewery.  You’ll see why he came later in this blog.  Toast is a fascinating and ambitious initiative, and the beer’s rather good too.  It seemed like too good an opportunity to miss to find out more about Toast, where the idea came from, and it’s ambitions for the future.  Here’s the podcast if you prefer that to text…

What is Toast Ale?

We’re brewing beer from surplus fresh bread that would otherwise go to waste and we’re ultimately on a four part mission. One, we’re trying to directly tackle as much food waste as possible. 44% of the bread that is baked in the UK is never consumed! It’s absolutely crazy. Two, we’re trying to raise as much awareness about food waste as possible. So a third of the food that’s produced in the world is never consumed, and we want to make sure that consumers understand that and know about that.

Obviously we want to produce a brilliant beer, so that’s kind of in the top four as well. We want to make sure that we’re producing a beer that consumers absolutely love and will come back to. Fourth, we’re trying to raise as much money as possible for a charity called Feedback, which is directly tackling food waste, so 100% of our profits are ploughed into Feedback, and we hope that we can provide a sustainable income stream for them forever more.

And where did the idea come from? Is there a history somewhere of people making beer out of bread?

People have been doing this for thousands of years actually, it’s not a new idea, but it’s really dropped out of the mainstream. So our founder, Tristram Stuart, the founder of Feedback and a global food waste pioneer, he was trying a beer in Belgium about 18 months ago where these guys at the Brussels Beer Project were brewing a beer called Babylone, that was brewed from bread. They weren’t doing it as a particular big food waste awareness raising thing, they were just having some fun as a bunch of brewers. Tristram tried this beer and thought, “This is awesome. This is a really, really good beer and this could really help create a sort of business arm to the charity”.

Hhe spoke to the brewers there and then, said, “How about we give this a go back in the UK? Would you be up for us making a brand of this, and trying to produce a beer at a mass scale?” And so Toast was born and we were lucky enough to have Jamie Oliver feature the beer on one of this TV shows back at the beginning of 2016, which was when we started, which was a nerve wracking moment when Jamie actually tried the first ever beer. He gave it thumbs up and basically what Jamie touches tends to be a bit golden, so yeah, it’s been a tough year but we’re in a really good place at the moment.

And what are your ambitions? Where do you want it to go?

We want to be a big beer company. We want as many consumers as possible to realise that Toast is a fantastic beer. That we can eliminate food waste. That we can raise awareness about food waste. And we want Toast to be available in local bottle shops and bars all across the country. We’re growing internationally in 2017 as well. There’s been huge demand from other food waste charities all over the world, where they see an opportunity to create an income stream for their charitable work. So we’ve had demand from Iceland, South Africa, New Zealand, Chile, and the US. So 2017 is going to be a busy year where we’re, one, trying to really grow in the UK, and then two, trying to grow internationally. But it all sounds rather big and grandiose. There are only a couple of us! It’s still very early days and we’ve got a lot of hard work to do. But so far, so good, and we’re having a lot of fun. 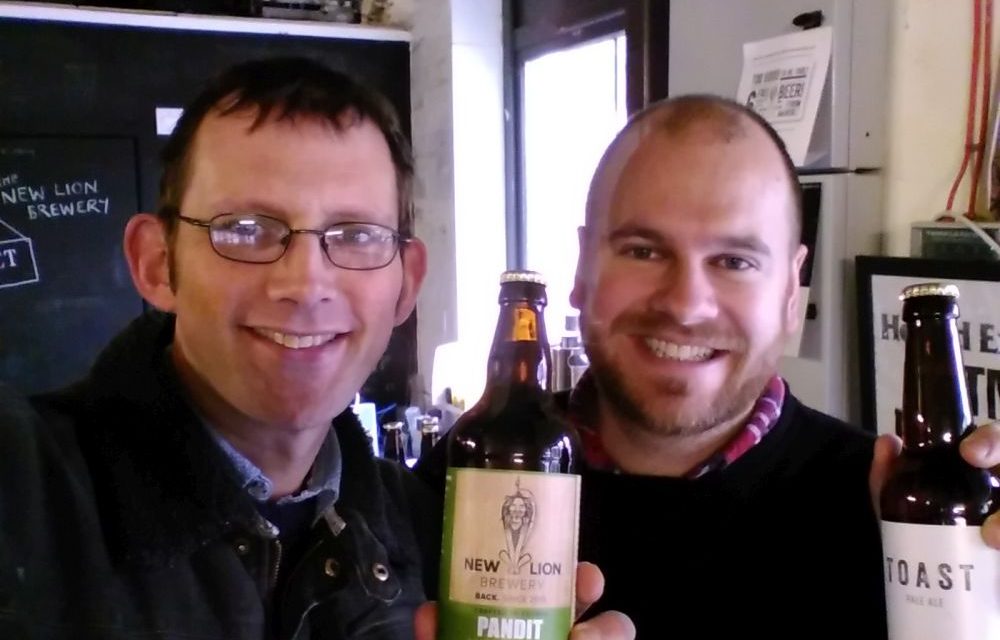 And how do you think that the explosion of the craft beer movement, first in the US and then here over the last 10, 12 years, has changed the playing field for ideas like this?

It’s really helped. Obviously the guys at Brewdog and what they have opened up, and then the huge surge of craft beer ever since really, has been brilliant. It’s opened the doors for people like us to come in and I think consumers are more aware and they want to try something a little bit different, something unique, something that isn’t just mainstream. Toast certainly provides that. You have a delicious caramel flavour to it. It’s an ale. It’s quite a wheaty beer. I think people are wanting to try something quite unique. We’re doing a few collaboration brews as well with other brewers around the country, so other craft beer producers. Again, I think that’s where the craft movement has created all sorts of opportunities, where you do see these collaborations now, and whole new styles emerging when two creative brewers have some fun.

Yeah, there is. We’re really lucky we have an amazing brewer in residence, a guy called Derek Alford, who’s had 30, 40 years in the brewing industry, working for some of the biggest global companies out there. He’s really finding this a refreshing opportunity as well, to have some fun and be creative, and try something that he wouldn’t have otherwise been trying whilst working for some of the bigger brands. So yeah, we’re seeing it across the whole field really. There’s a desire to be more creative, and we certainly want to be. We’re really calling for brewers around the UK, and that’s why we’ve visiting Totnes and meeting you, Rob, at the New Lion Brewery because we’re really hoping we can do more collaborations. Recently in Bristol we did a brilliant collaboration with a brewery there called Wiper & True, where we did a beer called Bread Pudding, and the brewer there had some real fun putting a bit of lactose in it. It was a great milk stout that we ended up producing. Soaked some raisins in Armagnac and we had some fun putting in some creative flavours.

Wonderful, thank you very much. 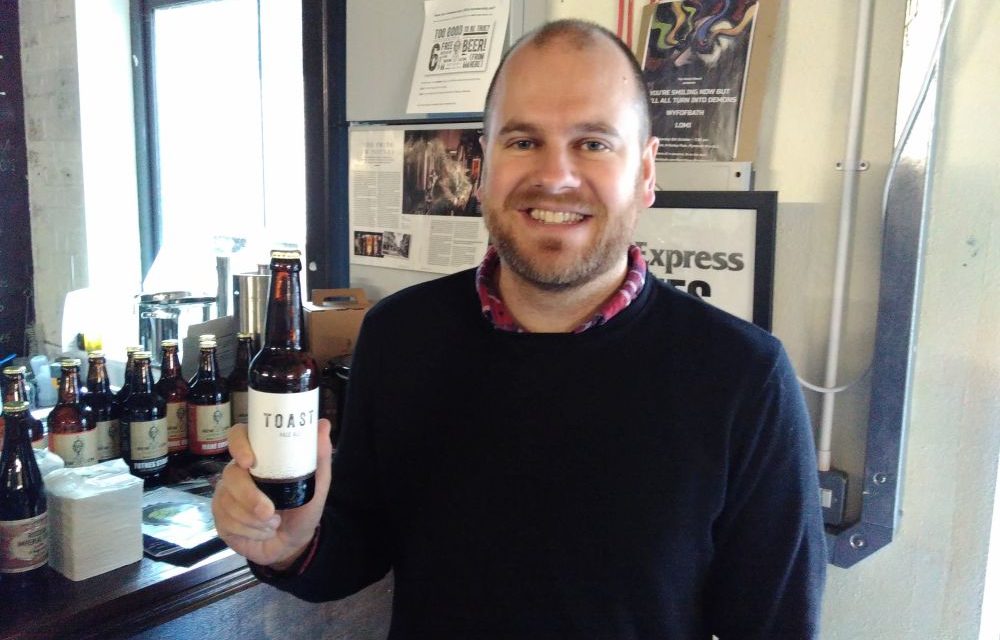